Dream question: “I dream about long lost friends and relatives only to see them or hear from them the next day. This has happened to me on several occasions and it occurred that is is more than mere coincidence. Are there are any other cases and is there any science behind it?”

The subject of predictive dreaming is fascinating. Like most unexplained phenomenon, it would be great if we could prove its existence with hard evidence under a controlled study.

One study I know about, carried out in 1980 by a well known newspaper, showed that 42% of people felt they’d had at least one dream which then came true. When I appeared on a well known TV show, the producer did a similar survey with very similar results. This certainly suggests predictive dreaming is more common than you might think.

The International Association for the Study of Dreams (IASD) acknowledges from research there are many impressive accounts from reliable sources which relate specifically to unlikely or unexpected events which have been dreamt about and then taken place. Those that have these types of dream often report that the dream itself simply “feels” different.

Are all predictive dreams the same?

There are different definitions behind dreams which may predict the future.

Precognitive: These are essentially dreams where you may have had a thought prior to the dream which influenced the events which then happen or, as a result of the dream the thought became possible. Let’s say you think about a meeting at work tomorrow, which you know is going to happen and you dream about it the night before.  The meeting goes ahead, so although the dream is predicting the future, it’s based on the fact you knew it would happen. In the same way, you may have a dream that you speak to an old friend and over the course of the next few days you set about, perhaps even subconsciously, putting various steps in place to make that possible. It may surprise you when they call you, but it may be that in some way you’ve been inadvertently putting things in place (e.g. mentioning it to a mutual friend) so they get in touch.

Prophetic: These can blow the mind!  You have a dream about something, perhaps a natural disaster or global event, only to discover that it then comes true. Many people cancelled their tickets aboard the R.M.S. Titanic on the strength of the fact that they dreamt it would sink. Sometimes known as ‘Omen Dreams’ thankfully, they’re not all doom and gloom. Prophecies in dreams can take the form of dreaming of a friend’s pregnancy or engagement, even though you haven’t spoken to them (or anyone they know) in weeks.  I will add that just because you dream something, doesn’t mean it’s going to come true.  Often it’s the fear of something bad happening, that can initiate the dream about it.  (Take the example of dreaming of a death of a loved one).

Prodromal (or prognostic): Psychiatrist Dr Robin Royston, suggested in an article which appeared in the Times in 2004 that dreams can also highlight signs of illness within the body through their symbolised content and the language we use to describe them.

Is it possible to spot a predictive dream?

In over 15 years of working with dreams, I have noticed themes which people tell me when they had a dream which predicted the future.  For example:

Keeping a dream diary is a great way of recording your dreams, particularly noticing patterns or themes in your dreams, and you may notice when you look back you dreamt something which later came true. You can access a free guide on keeping a dream diary when you subscribe to my newsletter.  I’m sure more research will bring this to life over the coming years – watch this space.

Please read the important information at the bottom of this page before leaving a comment or question.

7 responses to “Dream question: can dreams come true – what is predictive dreaming? Dreams about the future” 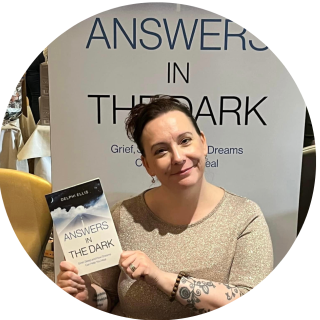